There are several benefits to training with longer anchored bands;

1 – variety in dimensions of resistance with longer ranges of motion

2 – the ability to train many patterns

This type of training is scalable in complexity, resistance, and pace. This versatility makes it highly effective for convenient training of everything from athletic performance to regaining function.

This 19 movement workout gets done in less than 20 minutes at pace but could be stretched nicely to 30 minutes with many of the same exercises done more slowly for different strength demands or done in a version of a  “max reps over time” structure.

The variety inherent with these tools includes offering different connections, vectors of resistance, in different patterns, and sequences.

These features open up tremendous efficiency and the ability to train specific needs.

BTW – The first edition of the Big Book of APT Exercises will be ready later this fall, featuring 100 movements each with Suspension Straps and Resistance Bands.

1 – Alternate Rows Horse Stance – feet a bit wider than hips, toe point matters and can be varied for comfort and variety, set up and maintain resistance on one side while other side moves for strength approach (core anti-rotation and time under tension) or faster paced reciprocation for more cardio approach.

2 – Alternate Press Horse Stance – same stance as above, again maintain press on one side while moving the other, don’t lock out to maintain time under tension. (this idea gets wonderfully progressed later in the program)

3 – Bilateral Row Alternate Back Lunge – start with resistance, slight forward lean with the row, feel the press on the front foot

4 – Bilateral Press Alternate Front Lunge – start with resistance, eyes on the horizon, control full range, feel the press off the back foot, consider the orientation of the foot

7 – Alternate Contralateral Row with Back Lunge – more challenging for balance, slight forward hinge with each row

10 – Pushing  – start with hands in front of chest elbows bent (not fully extended), use alternate first step, control the return

11 – Rotation Wide Stance – orient side on the to anchor, start with some resistance, knees slightly bent, keep eyes on hands

12 – Alternate Row Curl Open Stance Lunge – move the hands together or row first then curl second, lean away for extra resistance at end range of curl

13 – Small Pressing Circles Pushing with Side Steps – start with tension, get up on

14 – Single Handle Alternate Ipsilateral Row/Lunge Contralateral Press/Lunge – start slowly, try to keep resistance on the band through entire movement, start with the row, moving to the press step forward keeping tension on the band with hand close to body and pivot of the front forefoot to the press with back leg on the open stance lunge becoming front leg on the contralateral press

15/16 – Alternate Unilateral Biceps Curl/Triceps Pushdown Horse Stance – Key is to keep elbows low and as tight as possible to upper body, variations through the set include curling to either shoulder and driving heel into center line for triceps press down flaring wrist straight back or to the side will ad variety

We love our double-handed APT straps!! They're very comfortable and so versatile.

... I second that!! One year into Anchor Point Training and I'm using this equipment every day. GET SOME!!!

The versatility and adaptation that you can create with this easy-to-use equipment makes every workout fun, challenging and effective. I teach sports performance and fitness bootcamps and no matter the fitness level EVERYONE gets a great workout.

SO DURABLE & EASY TO USE

The APT bands are a part of my weekly training, helping this old dog to still feel like a puppy. They are durable and easy to use. Many thanks for coming up with a solid product. Well done!

WE USE IT EVERYDAY

I've been using this equipment for over two years now and still keep coming up with new creative and challenging workouts. My clients and I LOVE Anchor Point Training!

If you're looking for something convenient, effective and versatile this is it. Anchor Point Training is a logical part of the evolution of our industry. Ideal for creating useful resistance for functional movement training.

Their Durability is Amazing

I use them with my clients everyday. I highly recommend them to fitness pros who are looking for a quality product they can use many different ways

Chris, we really appreciate these tools. Your bands and straps get well used here every day. We look forward to training with you when you're back in Montreal.

Here's something fun from the first show I had friends to play with at. BTW in Tempe next weekend and Seattle the following for trade shows.I'm presenting the full APT course at the PNWFITCON in Seattle. Three sessions to cover the course, one on Neuro Cross Training and the fifth on Overcoming Isometrics.Check the page for a link to register use SEVERS to save 30$ at checkout.AAAAnd use APT on our website to save 15% on gear :) ... See MoreSee Less

One of the 5 sessions I'm presenting is 90 minutes on the NCT Theory, stoked for this! ... See MoreSee Less 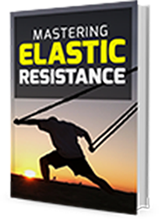